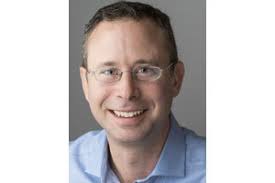 The Realtors PAC has so far spent over $40,000 against Chase.

It’s becoming clear that a cadre of real estate, corporate and privatizing entities desperately want to replace progressive champion Maralyn Chase with someone who will serve their interests.

The Realtors PAC has also received in-kind donations in the form of $32,250 worth of polling and research services  from the anti-union, education privatizers Stand for Children (whose Washington PAC has a reported $1 million in its campaign coffers).

Salomon, meanwhile, has accepted funding from national corporations like oil giant Chevron, pharmaceutical conglomerate Merck, and Monsanto, the manufacturer of GMOs and the carcinogenic pesticide Roundup.

In contrast, Senator Chase led the statewide initiative to require labeling of food containing genetically modified organisms (GMOs) in 2013. Though it came close, the initiative ultimately failed, 49-51%, up against a record $21 million of opposition from corporations, including — you guessed it — Monsanto.

As they say on the PDC web site, and in this revealing post by local blogger and ed activist Carolyn Leith at the Seattle Education Blog: Follow the money.

The choice has become extremely clear in the contest for State Senator in the 32nd District: the people’s candidate (Maralyn Chase) versus the corporate candidate (Jesse Salomon). Vote for the true progressive.  Vote Chase.