Real estate developer Matt Griffin and his wallet. Is he trying to buy a Seattle School Board election?

Proposition 1 (which I support). Madrid referred specifically to one of the top local political donors, real estate developer Matt Griffin. (Who Wants to Keep Big Money in Local Politics?, The Stranger, Sept. 16, 2013.)

The article caught the eye of my campaign because Griffin has also gotten involved in the Seattle School Board race this year, creating a political action committee (PAC) with the purpose of getting my opponent, Suzanne Dale Estey, and in District 5, Stephan Blanford, elected. His PAC, “Great Seattle Schools,” is also funded by former ex-Microsoft millionaire Christopher Larson, neither of whom have children in SPS, and CASE (Civic Alliance for a Sound Economy), the PAC of the Chamber of Commerce (the parent organization of the Alliance for Education).

In the August 6 primary election, Larson and Griffin’s PAC spent $32,500 on behalf of my opponent, Suzanne Dale Estey, $16,000 of which on two dishonest mailers attacking my candidacy.  (See: “My Opponent’s Side Goes Negative: My Response.”)  I believe such negative attacks are unprecedented for a Seattle School Board primary.

Now, just a few weeks ago, on Sept. 16, Matt Griffin deposited another $15,000 in his “Great Seattle Schools” PAC. So my campaign is expecting a third attack on me sometime soon. (I’ll report on it here.)

At a total of $32,300 (so far), Griffin’s financial contribution to my opponent’s candidacy adds up to more than the total contributions of all my supporters combined.

This year, for the first time, there are campaign finance limits for the Seattle School Board race, an idea I have supported for a while. Each individual or organization can contribute a maximum of $900 per candidate, per race (primary and general). But PACs have no limits, effectively offering an end-run around campaign finance reform, and arguably, an end-run around democracy, for it allows individuals with the most money to have greater influence.

When asked about the behavior of the “Great Seattle Schools” PAC on her behalf, my opponent told the Seattle Times’ Linda Shaw that she is “not going to illegally try to inhibit their freedom of speech” of people like Griffin and Larson.  (Independent group enters school board campaign with negative ad, Seattle Times, August 1,2013.)

Well, here’s the question: Are we really talking about free speech — or undue influence? Democracy — or something else? Should our elections be won by those with the most money, or those with the best ideas and qualifications?

My race is a clear example of this choice.

In fact, the primary has revealed a clear distinction between my opponent and myself. I am backed by progressive, Democratic and labor organizations, community leaders and educators, and my top contributors are retired teachers, parents and friends. I am the only candidate in this race endorsed by every Democratic Legislative District (except the one that held its endorsement the day before I joined the race!), and have the sole endorsement of the SEA (the teachers’ and paraprofessionals’ union), M.L. King County Labor Council and the King County Democrats, community leaders like Kay Bullitt, Estela Ortega,  elected officials including King County Councilmember Larry Gossett, City Councilmember Nick Licata,  State Senators Maralyn Chase and Bob Hasegawa, State Representatives  Sharon Tomiko Santos, Gerry Pollet and Cindy Ryu.

My opponent’s top contributors include Microsoft CEO Steve and Connie Ballmer,  Jeff Raikes, the CEO of the Gates Foundation, businessmen Matt Griffin, Christopher Larson — who support  controversial and discredited ed reforms like charter schools, merit pay, and an emphasis on standardized, high-stakes testing. The person who put I-1240 (the charter school initiative) on the ballot last year has also endorsed my opponent (Tania de sa Campos, of DFER).

As I said to the audience at the Horizon House forum this past Monday, “To quote the late, great Molly Ivins: You gotta dance with them what brung ya’ — and that’s who’s bringing” my opponent, the backers of corporate ed reform.

(At the 37th District Democrats endorsement meeting last month, my opponent claimed not to know who her top five contributors are ––  the CEOs of some of the largest corporations and foundations in the world.)

On Oct 14, Hanauer added another $10,000, bringing the total cash amount in the political action committee to elect Suzanne Dale Estey to an unprecedented $96,000. Combined with Estey’s campaign funds of nearly $100,000, this is on track to be the most heavily funded School Board candidacy in Seattle history. 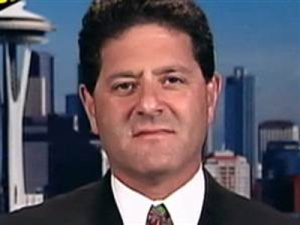 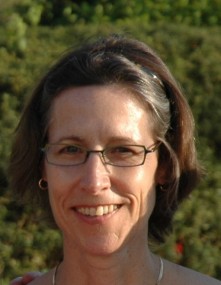 If you believe that a few wealthy individuals should not decide who our school board members should be, and have undue influence on our elected officials and legislative bodies, please support and contribute to my campaign. And please remember to vote by November 5.

DONATE! VOLUNTEER! VOTE! PASS IT ON!