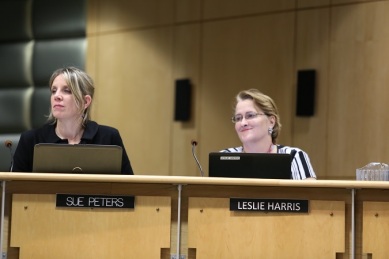 November 15, 2017 was my final legislative meeting as a School Board Director and Board President. It was bittersweet because I know  board directors have an opportunity to accomplish significant and important good work for the district and there is much more work to be done. But I also know that Seattle School Board Directors are not given the tools, compensation or respect they need to fully do their job as well as they could. So serving on the board, especially for those with younger families, can be a hardship we simply cannot afford.

I was still honored to have the opportunity to serve the students and community of Seattle these past four years. Here is the statement I made at the final meeting:

Farewell Statement at my final board meeting

Thank you to staff for the beautiful flowers, and to Clover and Cashel for your kind words.

So I want to thank the people of Seattle and the Seattle schools community for the honor of serving you these past four years. I am proud and humbled to have been able to serve you and the district as your president, as your vice president, as the chair of the Audit and Finance Committee, and the Executive Committee, and to have  served on the Curriculum and Instruction Committee for two years, including during the elementary school math adoption. I have also been able to serve on the Scholarship Committee, and serving as a liaison to and from the community.

I joined the board with the objective of connecting district policy to the communities, to our families, establishing greater respect for the many voices of our communities, for establishing  greater fiscal responsibility, to invest in curricular materials, beginning with math, because we were behind in our curricular materials,  embracing the diversity of our district and valuing and helping all our students fulfill their potential.

I believe I have been true to those objectives.

When I think back to four years ago when I ran for office, towards the end of the campaign, when people would ask questions like “Why are you running?”  — you get tired toward the end, but you also have some clarity — I didn’t want to repeat the same talking points. So when I was then asked why was I running, I simply said: “I hope to do some good.”

It’s my sincere hope that I have been able to do that: Some good.

Another more sardonic friend, who’s actually with us this evening, suggested a campaign slogan of: Vote for Sue Peters – She’ll make things less worse! I hope at minimum, I’ve at least done that….!

It’s a sport in this town to beat up on the School Board, regardless of facts, information, regardless of who’s on the Board, it seems.  It’s a shame and it doesn’t serve anyone well. I honestly believe this current board is one of the best, most dedicated and skilled we have seen in many years. It’s also one of the most racially diverse.

And progress has been made in these four years. Of course, though, it’s never enough.

I would also like to tell the people of Seattle that there are good, dedicated people working in the John Stanford Center. Please support the district when it’s doing good work, and let us know when it isn’t – constructively would be helpful.

I also want to take a moment to thank the staff members who helped me do my job. Yes, I ask a lot of questions; I am trained to do that. I need to have facts on which to base these very important decisions because the buck does stop with us. Whatever happens, the people hold the School Board accountable for any decisions that are made.  It’s a huge responsibility which I take very seriously.

I also want to thank all the families who have come to me over the years, to my community meetings, who have emailed me; families, students, community members — your input has been invaluable and it has helped me do my job.

I’ve been advised that I should list accomplishments, some of things that have happened in the last past four years, so I will do that. But I do acknowledge that it’s never a solo act. It’s necessarily a team sport here. We work together as colleagues on the board, we work with staff, we work with the superintendent, we work with the community.

These are actions I have been fortunate to be a part of these past four years. I am proud to have authored or cosponsored policy and amendments that established or addressed many important issues large and small, from balancing a budget during a time of fiscal crisis to selecting more environmentally safe, nontoxic surface material for our tracks and fields.

I am proud to have a hand in:

I have consistently advocated for mitigation funds for the start of the school year – I’ve referred to it as the “Student Stability Fund.”

I have supported an efficiency review (audit) of the central administration so we can be fiscally responsible and can make sure that we are directing as many resources as possible to all our schools.

I have supported funding for International Baccalaureate at all of our three of our high schools that offer it.

I have supported advanced learning – acknowledging the need, investing in opportunities, increasing diversity, and simply defending these children from the unseemly and irrational prejudice that is fomented by too many in this district.

I have supported our teachers. And sometimes that means — I’ll tell this to our new directors who are joining us– sometimes  you are going to find yourself all alone with a vote. You might be the only one in a 6-1 vote. Everyone one of us up here has been that position. Don’t be afraid to do that. I was the only one to vote against an injunction against our teachers during the teachers’ strike. To our new directors, don’t be afraid to do that.

I am proud of being a member of the Board majority that advocated for adding a special ed mandate to city’s pre-k program and maintaining EEU program at the University of Washington.

I was part of the board that passed the belltime initiative that better aligns student school schedules with their biological needs, making Seattle a national leader in this area, as other districts follow suit.

In my four years on the Board we have increasingly developed a Board majority that values curriculum and understands that a key component of equity and is offering every student a fair chance at success.

To that end, we have adopted K-5 math materials, we are piloting middle school math, adopted social studies middle schools materials, supporting  “Since Time Immemorial” and now a commitment to Ethnic Studies. I am proud of this work. It is fundamental work.

I am also proud to have been part of a board and district that for four years has:

I am part of a board that has voiced a commitment to every student of every race and every gender. But we must make good on that promise.

I am proud to be a member of a school board that knows we owe it to our students and families to get things right, crucial components like:

There is still much work to be done, no question about it. We need to create a district with more vision, more imagination, greater stability for our students and predictability for our families, more options not less, in our schools—more joy, less stress.

I would like to extend my best wishes to my continuing colleagues Leslie Harris, Betty Patu, Rick Burke, Scott Pinkham and Jill Geary. They are conscientious, intelligent and understood their role and duty they have to the public that elected them. Each brings valuable skills and insights.

I congratulate my longtime colleague and friend Betty Patu on her decisive re-election to the school board for a third term and an opportunity to complete her valuable decades of work on behalf of the students of Seattle Public Schools.

And I welcome newly elected members Eden Mack and Zachary Pullin DeWolf. Thank you for stepping up. The district is fortunate to have you. This is a rewarding job and, of course, challenging.  Your decisions will matter to so many, and will have a lasting impact. I know neither of you take the job lightly.

But I can also assure, you will be in good company. And there will be moments of laughter and joy. –I found it amusing on the campaign trail this time around, on behalf of other candidates,  there was a candidate who erroneously claimed this current board doesn’t even speak to each other. I had to laugh when I think of how many times at meetings I’ve wished the Board talked less to each other– myself included.

My tip to the new directors is: Do your homework. There is a lot of reading and thinking to do. Vote your conscience. And don’t be afraid to be the sole vote if that is where your conscience and intelligence lead you.

The day must come when we treat the job of Seattle School Board Director with the respect and resources it deserves and requires, so that it does not have to be hardship and sacrifice to serve. After all, we directors are called upon to oversee the largest school district in state and a $1 billion budget.

And no, the mayor and city should not be called upon to take over. It’s crucially important that the people of the city have elected representatives on the school board who are answerable to them, directly. Research has shown that this is still the most accountable model of school district governance.

In terms of compensation, the board’s maximum stipend of $50 a day – only on days when we have meetings — has remained unchanged since the 1980s. Adjusting for inflation alone, it should at least be $100/day. That still doesn’t take us very far. Board directors are only compensated for meetings. We are not paid anything for hours spent researching and reading.

Directors do not have their own direct staff or office space, other than two shared staff members and shared space.

The day must come when we treat the job of Seattle School Board Director with the respect and resources it deserves and requires, so that it does not have to be hardship and sacrifice to serve. After all, we directors are called upon to oversee the largest school district in state and a $1 billion budget.

I find it interesting that no one has made a point of the fact that we are now going to have four mayors in four months. Meanwhile the Seattle school district is entering into its fourth year with the same superintendent. So again there is a lot of information out there it would behoove us to correct.

I wish Supt Nyland well as he completes his work with the district.

I find it interesting that no one has made a point of the fact that we are now going to have 4 mayors in four months. Meanwhile the Seattle School District is entering into its fourth year with the same superintendent.

Above all, I want to thank my family – my children and my husband – who gave up more than I realized they would, to lend me to you. Thank you for your patience and love. You know more about the complexities of a school district than any teenager should ever have to know.

Thank you all very much.